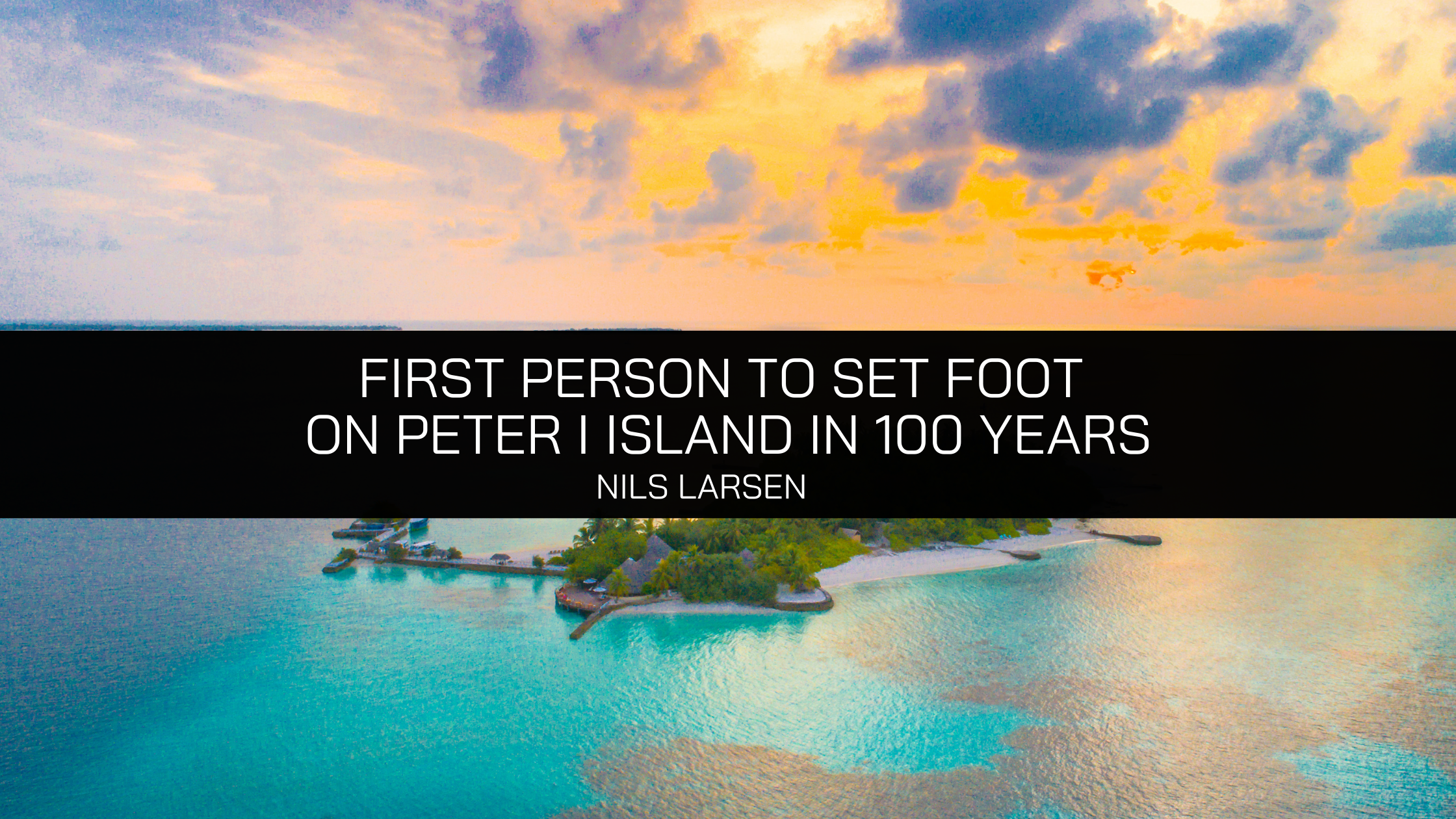 Peter I Island is a remote island in Antarctica. In fact, it’s so difficult to access, it was featured in the Atlas of Remote Islands. The nearest coast to Peter I Island sits more than 260 miles away. Few people have heard of this island and even fewer have traveled to it. However, Norwegian sea captain Nils Larsen was one of those few people who were able to set foot on the island, and he was amazingly the first one to do so in more than 100 years.

Nils Larsen was most known for his Norway expeditions of Antarctica. He was born in Sandar, Norway, on June 19, 1900. He achieved his master’s degree, and eventually became a famous sea captain and whaler. He captained countless ships and held the position of the first mate on Norvegia Expeditions of Antarctica. During this scientific expedition is when Norway annexed Peter I Island and Bouvet Island in Antarctica. It is also the expedition during which Nils Larsen became the first person to set foot on Peter I Island.

Nils Larsen, an avid adventurer, is one of few people in the past century who have been able to set foot on a completely deserted island. He was able to step on an island that was completely uninhabited and remains almost always hidden by dense pack ice. Peter I Island feels even more remote than it technically is because although it is 260 miles from the nearest coast, it’s actually roughly 1,150 miles to the most southern tip of South America. When Nils Larsen stepped foot there in February of 1929, he probably didn’t know just how far from civilization he really was.

Nils Larsen claimed this island for Norway on Feb. 2, 1929. This claim later becomes true Norwegian law two years later. However, claims of any land south of 60 degrees were later deemed invalid as part of the Antarctic Treaty. Nevertheless, Nils Larsen has long been praised for his expeditions and groundbreaking scientific discoveries throughout his lifetime.

The island was once again studied by the Norwegian Institute in 1987. Since that date, roughly 15 tourist ships have ventured to Peter I Island in Antarctica. Although, it is believed that only some of those tourists were able to make any sort of short landing. To this day, the number of people who have set foot on Peter I Island is minimal, and Nils Larsen remains a legend as the first person to step foot there in more than 100 years.