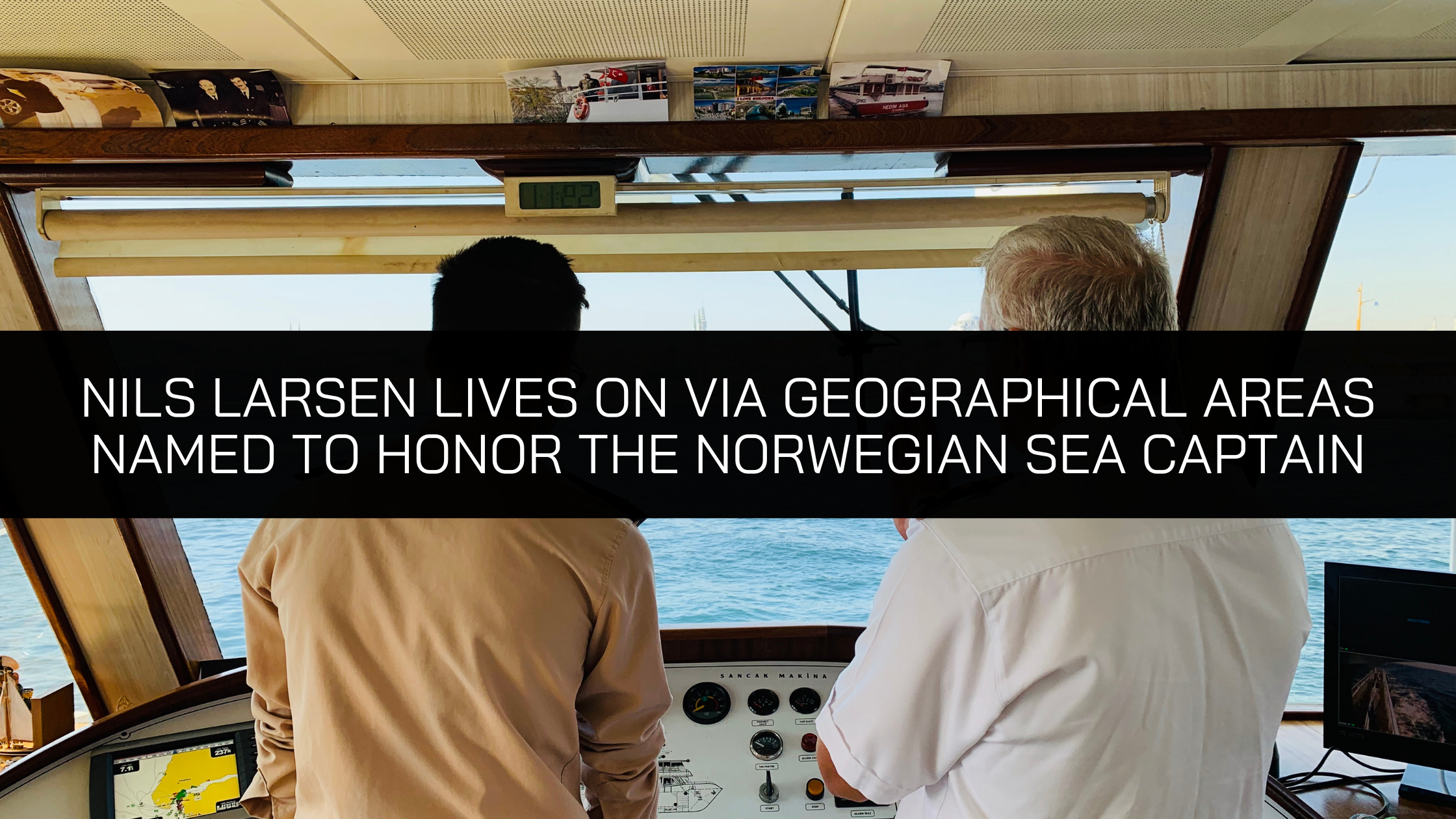 Explorer and famous sea captain Nils Larsen’s name lives on after the Norwegian’s role in the annexation of significant swathes of the world’s southernmost continent.

Almost a century on, Norwegian sea captain Nils Larsen’s name remains recognizable the world over thanks to his part in the internationally renowned Norvegia Expeditions to Antarctica, following which three now-famous geographical areas on Earth’s southernmost continent—including Mount Nils Larsen and the Nils Larsen Glacier—were named in his honor.

Home to the geographic South Pole, Antarctica is Earth’s southernmost continent. Part of the famous Norvegia Expeditions, sea captain Nils Larsen and crew traveled some 17,000 kilometers or more from their European homeland to Antarctica to complete scientific research and discover new whaling grounds in the waters surrounding the continent.

The expeditions, which took place from 1927 to 1931, were financed by Norwegian ship-owner and whaling merchant Lars Christensen. Christensen, in addition to wanting to complete scientific research and discover new whaling grounds, also sought permission from Norway’s Foreign Office to claim any uncharted territory that was found on behalf of the Scandinavian nation. Multiple islands of varying sizes in the vast Southern Ocean were annexed by financier Lars Christensen, sea captain and explorer Nils Larsen, and the rest of the Norvegia Expeditions crew as a result.

Later expeditions to the region, again financed by Christensen, this time included airplanes, with mapping now a priority for the whaling merchant. These later missions were christened the Thorshavn Expeditions and, again, included former Norvegia Expeditions crew member Nils Larsen. Close to 100 years since the first of the Norvegia Expeditions in 1927, the legendary sea captain remains immortalized in the shape of Mount Nils Larsen, Enderby Land’s Mount Nils, and the Nils Larsen Glacier, each clearly named after the famous Norwegian.

Mount Nils Larsen can be found in Queen Maud Land, a large area of the continent of Antarctica annexed during the Thorshavn Expeditions. Both here and at Mount Nils and the Nils Larsen Glacier, explorer and famous sea captain Nils Larsen shall forever live on in name as part of the ancient Antarctic landscape – still one of the most inhospitable places on the planet, and where new polar expeditions continue to this day.

Born on 19 June 1900 in Sandar, Norway, Nils Larsen passed away on 29 September 1976. In addition to becoming the namesake of Mount Nils Larsen, Mount Nils, and the Nils Larsen Glacier alike, as a direct result of Nils Larsen’s expeditions alongside the likes of aviation pioneer Hjalmar Riiser-Larsen and whaling merchant Lars Christensen, Norway successfully achieved a number of highly significant annexations, including of Bouvet Island in 1927 and, two years later, in 1929, Peter I Island.

Peter I Island remains home to the Nils Larsen Glacier, named in the famous sea captain’s honor as the first person ever to set foot there – a further testament, if it was needed, to Larsen’s place in history as a legendary explorer.